Give Better Than Nothing Behaviour A Try 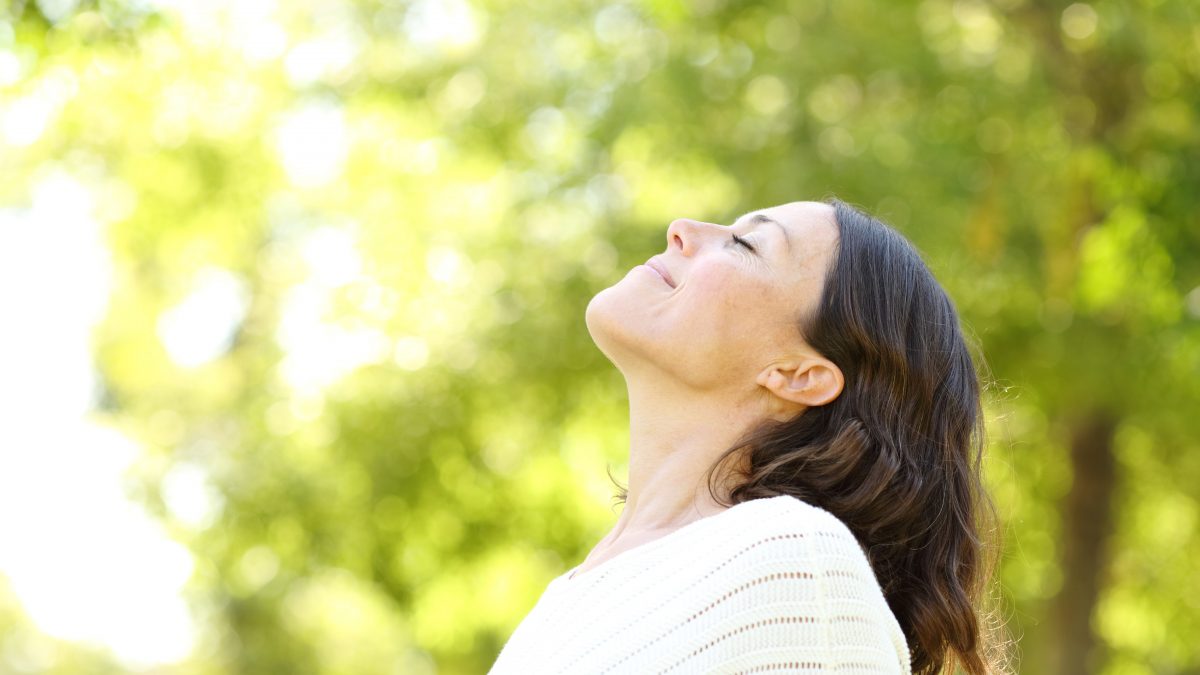 Wow. What kind of message is this to give better than nothing behaviour a try? I hope I've engaged your interest with this call to -- moderate or slight -- action. 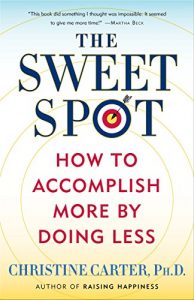 Yes, that's one of the key messages in Dr. Christine Carter's book, The Sweet Spot -- How to Accomplish More By Doing Less. In this book, Dr. Carter shares her personal experiences with a number of science-based approaches to cultivating more happiness and less stress in one's life.

She believes that when we try to do something well, we are less motivated to keep at it consistently. A "better than nothing" approach works out best for us in the long run. Doing something badly or doing it for a short period of time (say a minute), lets us off the hook. It makes it easy to be motivated. We aren't setting ourselves up for the failure if we aren't good at it because we're not trying to be.

Carter experienced a severe case of burnout and learned her lesson the hard way. What other way seems to be more effective than being hit over the head so we will stop and change course?

It comes down to a few simple principles. Many of which have been written about in other books I've reviewed such as: Atomic Habits by James Clear and Tiny Habits by BJ Fogg.

This book is one that if you're going to start off the new year in a hopeful and resolute way, read it for inspiration and practical insights.

I love useful resources and tips that are based on neurological and psychological research. That is exactly what Carter, a happiness expert at UC Berkeley's Greater Good Science Center, shares in The Sweet Spot.

It's true that many of us find ourselves with too many obligations, zapped for time and lacking energy, motivation or both.

It is through a combination of road-tested, research-based tactics that Carter tells us we can be less stressed, happier, and more productive by doing something wildly unambiguous.

A Radical Intervention of the Soul

She asks us to consider being better than our previous self -- a nod to the Dalai Lama -- and attempt a radical intervention of the soul by considering what we would do if we were going to die in 6 months?

Would you have a bucket list? If so, what would be on it?

How would you spend your time?

This is one of my favourite tips in the book. Carter shares that we benefit mentally and physically from doing something restful or playful and it can't be instrumental like taking a shower or doing a load of laundry.

In my post about productivity and distractions, I reference the Pomodoro Technique. This method helps maintain 25 minute productivity bursts. It also explores how the brain works by describing that it wants to know when something will stop as it doesn't like uncertainty -- that's part of the reason we get distracted so easily. When we plan for a recess, we help our brain calm down and give it that sense of certainty it craves.

I highly recommend this read. You can purchase the book on Amazon or Audible.

The major themes in the book are: 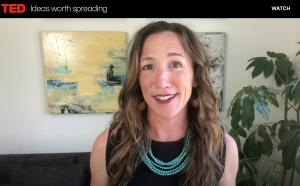 Now, back to the title of this post again. The idea, as also featured in her TEDxMarin Talk, is that when we give ourselves permission to do something badly or just in the minutest way, we'll end up doing it more consistently and eventually better over time than if we stuck with the mindset of needing to do it well right out of the gate.

Less is more. Badly is better than great.

Give that approach a spin for 2021 and see what happens.

Self-Awareness is a Journey to Explore the Truth About Yourself

Consciously Connecting to Your Core Values

Categorizing People in Your Life